Yeah, that is an odd combination but fortunately they are three different events this weekend.  One suggestion hint for this hot weekend:  Rio Bravo with John Wayne is in the air conditioned Fox Theatre.

A "quirky once-a-year sale devoted to oddball plants and strange pottery" is how the Tucson Botanical Gardens describes their annual Weird Plant Sale.  The sale continues from 8am to 1pm on Saturday June 7. 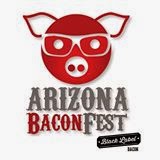 Another one of those funky Tucson events is tonight's Arizona Bacon Festival at Kino Memorial Stadium from 6 to 10pm.  There will be music, local beers and of course an exciting assortment of bacony foods.  Proceeds benefit the non-profit La Frontera of Arizona.

A really fun Western flick with John Wayne, Dean Martin, Ricky Nelson (before the rock band), Angie Dickinson, Ward Bond and the inimitable Walter Brennan. And it was filmed just a couple of miles from where I am typing this, at Old Tucson Studios in the Tucson Mountains.  Sunday at 2pm at the beautifully restored Fox Theatre on West Congress Street.

Rio Bravo at the Fox Theatre 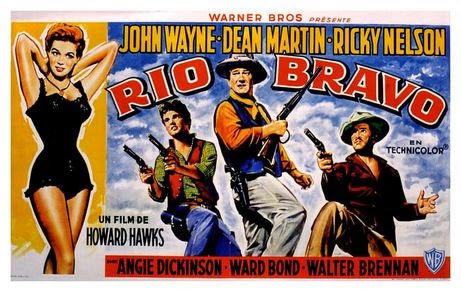