Tucson's Rogue Theatre Embarks upon a Journey to the West 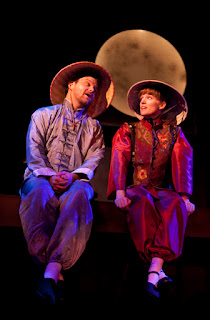 The beautiful music and costumes are starring players in the Rogue Theatre's production of Mary Zimmerman's tale of a young monk's search for enlightenment and the scrolls of wisdom.  But the story and acting are the real stars as well, in this contemporary adaptation of a 16th century epic story.  The Rogue Theatre is the Tucson home for thoughtful theatre and has just been chosen as one of ten theatre companies nationwide to receive the National Theatre Company Award from the American Theatre Wing, founder of the Tony Awards.

This beautiful play runs through September 23, so get your tickets now.  We saw it opening night and will be back again next weekend.

For details on the current production and ticket information, check their website:  The Rogue Theatre 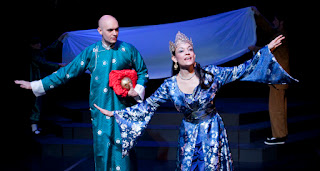