A Buyer Asks: Just What IS a Short Sale?

Short sales are such a major part of the Tucson homes market, yet many Buyers are not clear on just what exactly a short sale is.
A short sale occurs when the proceeds from a home sale fall short of what is owed on the property and the Seller's lender agrees to accept less than what the Seller owes.  When the Buyer makes an offer on a potential short sale home, the Seller accepts the contract BUT...that contract is contingent on the Seller's lender agreeing in writing to accept from the Seller less than what is owed on the property.
That is the simple and quick answer, but I will be elaborating on the short sale process in future posts.
Posted by Jim Wilson at 11:21 AM No comments:


We took the desert wildflower tour at Tohono Chul Park last week and I have to say it was just beautiful.  My mother was in town for a visit and we took the guided tour, which is available at 10am on Tuesdays, Thursdays and Saturdays until the blooms are gone.  Our guide was most knowledgeable about the plants in bloom and had some great stories to tell about them and the park as well.

Our wildflower season is short, so don't put off your special trip to Tohono Chul.

Posted by Jim Wilson at 8:27 PM No comments:

Email ThisBlogThis!Share to TwitterShare to FacebookShare to Pinterest
Labels: Fun Things to do in Tucson
Location: Tohono Chul Park 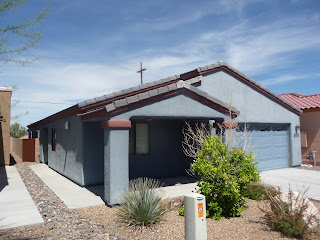 This four bedroom/2 bath Tucson home was the perfect choice for this first time homeowner.  With a generous 1722 square feet, ceramic tile floors, granite counters and Catalina Mountain views, this home featured so many extras.  Located in a quiet gated community on Tucson's convenient West side, this home is so close to I-10, downtown and the UA.
Posted by Jim Wilson at 2:52 PM No comments:

A Personal Favorite: The Tucson Concert Band Presents "Midnight in Moscow" on March 18 at 3pm The Tucson Concert Band presents “Midnight in Moscow”, a free concert of Russian music on Sunday March 18 at 3:00pm.  The concert will be held in Crowder Hall at the University of Arizona School of Music.

As a special feature, the Arizona Balalaika Orchestra will perform a free pre-concert performance in the Courtyard in front of the U of A School of Music beginning at 2:30pm.

The concert will include works by Prokofiev, Khachaturian, Rimsky-Korsakov, Borodin, Shostakovich and Tchaikovsky, including some of the most beautiful and high-spirited Russian music ever written for the ballet.  Also featured will be such popular Russian marches as Slavianka (Farewell to a Russian Girl).
The Tucson Concert Band is a 75-piece all volunteer community concert band that was founded in 1966.   The Musical Director and Conductor is Lorelei Conrad, Lieutenant Commander USN, Retired, who made US Navy history when she was named the first woman to receive a commission as a Navy Bandmaster.

Free parking is available in the UA’s Park Avenue garage NE corner of Park and Speedway) with access to the School of Music thorugh the Speedway Blvd pedestrian underpass at the east end of the garage. 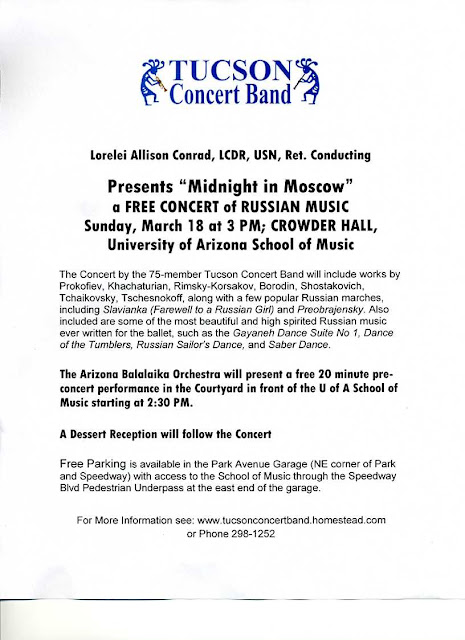 Email ThisBlogThis!Share to TwitterShare to FacebookShare to Pinterest
Labels: Fun Things to do in Tucson
Location: Crowder Hall, University of Arizona School of Music 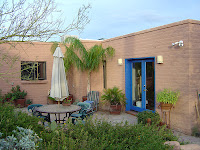 At the risk of sounding like a broken record, home mortgage rates this week are again hovering at record low rates.  30-year fixed rate mortgages are averaging 3.88 percent, only .01 percentage points above the record low.  And 15-year fixed rate mortgages ARE at a record low, averaging 3.13%.  This from the weekly mortgage market survey of rates by Freddie Mac.  It is a great time to re-finance or begin the search for your next Tucson home.

Mortgage Rates Dip, Hover Around Record Lows
Posted by Jim Wilson at 10:56 AM No comments: 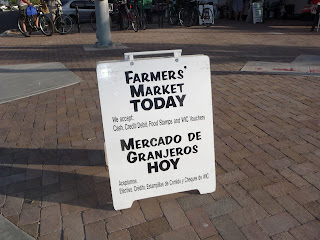 This Thursday's edition of the Santa Cruz Farmers Market features some wonderful locally grown winter and early spring vegetables, including assorted greens, beets, cauliflower and broccoli.
And this week is the Annual Seed Exchange which is a great opportunity for you to bring seeds you may have saved and to exchange for some new and different varieties to try in your garden.  There will also be gardening supplies for sale and information on the Community Food Bank's home gardening programs.
The market is located at the Mercado San Agustin on Congress Street just west of I-10.
Click the link for more information:
Santa Cruz Farmers Market

Posted by Jim Wilson at 4:00 PM No comments: 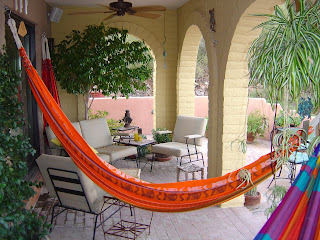 It comes as no surprise to those of us who live here that Tucson has just been named the 4th best place in the country to retire.  And while I have great respect for the first three on the list (Sarasota, San Antonio and Naples FL), none of those could ever pry me out of Tucson.
The list was put together by TopRetirements.com whose founder rated potential retirement cities based on weather, access to health care, property tax rates, adult education, cultural activities, and low housing costs.
And it is no surprise that a number of my clients in the past year have been retirees or those approaching retirement.  Even if they are a few years away from retirement, a number of these "near-retirees" are locking up their eventual retirement homes now while Tucson home prices and interest rates are low.