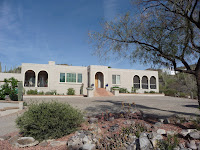 After a few fluctuating weeks, mortgage interest rates took another dip into record territory this week. Freddie Mac's weekly survey of primary mortgage rates showed rates on 30-year fixed rate mortgages were down to an average 3.87 percent for the week ending February 2. That is down from 3.98 percent last week and is the lowest since Freddie Mac began tracking such data. Rates on 15-year fixed rate mortgages this week were down to an amazing 3.14 percent from 3.24 percent last week. Slower than expected growth in the economy was cited as the reason for the decline in rates.

Qualified buyers are taking advantage of these continued low rates and I am seeing noticeably more activity, particularly on Tucson homes priced under $150,000.  There are a lot of first time buyers and prospective retirees out there looking right now.